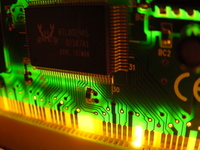 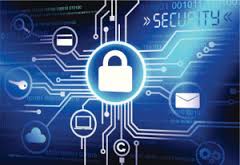 To enable the data transfer between U.S. and E.U., the Commission entered into an agreement with the U.S., which does not provide an adequate level of protection of personal data. In fact, according to Directive 95/46, the transfer of personal data to countries that do not guarantee an adequate level of protection (Article 25). Within the framework of this Agreement, the Commission Decision 2000/520/EC was issued, which allows personal data from the EU to be transferred to U.S.A., in case the organization receiving the data is committed to comply with the Safe Harbor Principles, included in Annex I of the Decision.

Practically, in order to join the Safe Harbor Framework, a company must self-certify to the Department of Commerce that it complies with EU standards. The FTC enforces the promise that companies make when they certify that they participate in the Safe Harbor Framework. The certified organizations are included in the U.S.-EU Safe Harbor List, It is reported that almost 3,500 organizations across a broad range of industries in USA are safe-harbor certified (see: here).

The situation changed with the revelations concerning the US government's covert surveillance programs. Notably, European Commission Vice-President Viviane Reding announced in July 2013 a European Commission (Commission) plan to review the Safe Harbor and publish the results before the end of 2013. She observed that the Safe Harbor "may not be so safe after all," noting that it "could be a loophole”for data transfers because "it allows data transfers from EU to US companies – although US data protection standards are lower than our European ones.

The breakthrough came with the Decision of the CJEU of 6 October 2015 in case C-362/14 Maximillian Schrems v. Data Protection Commissioner. The Court declared the Decision as invalid and opened up a Pandora's box, as far the data transfers from the EU to US are concerned.

In more particular, this case refers to a request for a preliminary ruling under Article 267 TFEU from the Hight Court of Ireland. The dispute in the main proceedings concerned a complaint of an Austrian citizen, Mr. Schrems. The complainant had been a Facebook user since 2008. As it happens with other subscribers residing in the EU, some or all of the data provided by Mr Schrems to Facebook is transferred from Facebook’s Irish subsidiary to servers located in the United States, where it is processed. Schrems lodged a complaint with the Irish supervisory authority, taking the view that, in the light of the revelations made in 2013 by Edward Snowden concerning the activities of the United States intelligence services (in particular the National Security Agency (‘the NSA’)), the law and practice of the United States do not offer sufficient protection against surveillance by the public authorities of the data transferred to that country. The Irish authority rejected the complaint, on the ground, in particular, that in a decision of 26 July 2000 the Commission considered that, under the ‘safe harbour’ scheme, the United States ensuresan adequate level of protection of the personal data transferred (the Safe Harbour Decision). The High Court of Ireland, before which the case had been brought, wished to ascertain whether that Commission decision had the effect of preventing a national supervisory authority from investigating a complaint alleging that the third country does not ensure an adequate level of protection and, where appropriate, from suspending the contested transfer of data.

The CJEU held that the existence of a Commission decision finding that a third country ensures an adequate level of protection of the personal data transferred cannot eliminate or even reduce the powers available to the national supervisory authorities under the Charter of Fundamental Rights of the European Union and the directive. The Court stresses in this regard the right, guaranteed by the Charter, to the protection of personal data and the task with which the national supervisory authorities are entrusted under the Charter.

The Court stated that no provision of the directive 95/46 prevents oversight by the national supervisory authorities of transfers of personal data to third countries which have been the subject of a Commission decision. Thus, even if the Commission had adopted a decision, the national supervisory authorities, when dealing with a claim, must be able to examine, with complete independence, whether the transfer of a person’s data to a third country complies with the requirements laid down by the directive.

Consequently, the Court  investigated whether the Safe Harbour Decision is invalid. Consequently, it stated that the Commission was required to find that the United States in fact ensures, by reason of its domestic law or its international commitments, a level of protection of fundamental rights essentially equivalent to that guaranteed within the EU under the directive read in the light of the Charter. The Court observed that the Commission did not make such a finding, but merely examined the safe harbour scheme. Without needing to establish whether that scheme ensures a level of protection essentially equivalent to that guaranteed with in the EU, the Court found that the scheme is applicable solely to the United States undertakings which adhere to it, and United States public authorities are not themselves subject to it. Further more, national security, public interest and law enforcement requirements of the United States prevail over the safe harbour scheme, so that United States undertakings are bound to disregard, without limitation, the protective rules laid down by that scheme where they conflict with such requirements. The United States safe harbour scheme thus enables interference, by United States public authorities, with the fundamental rights of persons, and the Commission decision does not refer either to the existence, in the United States, of rules intended to limit any such interference or to the existence of effective legal protection against the interference.

The Court considered that that analysis of the scheme is borne out by two Commission communications, according to which the United States authorities were able to access the personal data transferred from the Member States to the United States and process it in a way incompatible, in particular, with the purposes for which it was transferred, beyond what was strictly necessary and proportionate to the protection of national security. Also, the Commission noted that the persons concerned had no administrative or judicial means of redress enabling, in particular, the data relating to them to be accessed and, as the case may be, rectified or erased. As regards a level of protection essentially equivalent to the fundamental rights and freedoms guaranteed within the EU, the Court finds that, under EU law, legislation is not limited to what is strictly necessary where it authorises, on a generalised basis, storage of all the personal data of all the persons whose data is transferred from the EU to the United States without any differentiation, limitation or exception being made in the light of the objective pursued and without an objective criterion being laid down for determining the limits of the access of the public authorities to the data and of its subsequent use.

The Court added that legislation permitting the public authorities to have access on a generalised basis to the content of electronic communications must be regarded as compromising the essence of the fundamental right to respect for private life. Likewise, the Court stated that legislation not providing for any possibility for an individual to pursue legal remedies in order to have access to personal data relating to him, or to obtain the rectification or erasure of such data, compromises the essence of the fundamental right to effective judicial protection, the existence of such a possibility being inherent in the existence of the rule of law. Finally, the Court found that the Safe Harbour Decision denied the national supervisory authorities their powers where a person calls into question whether the decision is compatible with the protection of the privacy and of the fundamental rights and freedoms of individuals. The Court held that the Commission did not have competence to restrict the national supervisory authorities’ powers in that way.

For all those reasons, the Court declared the Safe Harbour Decision invalid. As a result,  the Irish supervisory authority is required to examine Mr Schrems’ complaint with all due diligence and, at the conclusion of its investigation, is to decide whether, pursuant to the directive, transfer of the data of Facebook’s European subscribersto the United States should be suspended on the ground that that country does not afford an adequate level of protection of personal data.

The consequences from this decision are very important, since the practice of data flow between EU and USA will be influenced. However, the EU Commission and the Rat in Luxembourg find no reason to stop data flows (!) [see here].

The Article 29 Working Party welcomed the Court's decision, which reaffirmed that data protection rights are an inherent part of the EU fundamental rights regime. It recognizes that the decision will have major consequences on all stakeholders and for this reason, it stated in a press release issued in 6 October 2015 that a first round of discussions between experts is organized this week in Brussels and that an extraordinary plenary meeting of the Working Party will be shortly scheduled.

See Court of Justice of the European Uniion, PRESS RELEASE No 117/15